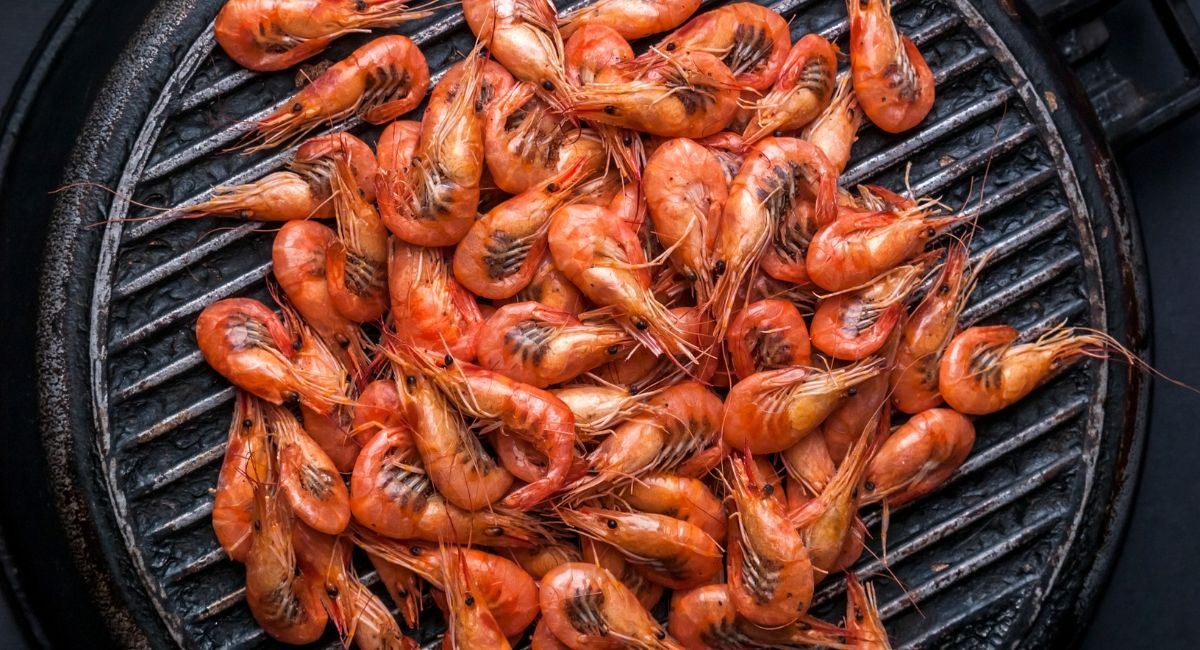 Going through all these New York photos is really making me crave all those sweet Gulf shrimp that I was shoveling in my mouth day after day while back home in NOLA.

That and my recent discovery of The Middle Finger Project which is currently rocking my world and making me feel un-fucking stoppable.  (Sorry, family, but it was bound to happen!)

I want shrimp everyday, even in Buenos Aires!

And for that to happen, I need to be a baller.  Because shrimp are damn expensive here in Argentina.  Why?  I don’t know!  BA is on the Coast, just like New Orleans.  People assume that it’s South America so everything should automatically be inexpensive, right?  Wrong.

Shit’s expensive. So it’s a reminiscing kind of recipe for ballers in BA.  Or for those of you lucky enough to be in a land where shrimp doesn’t cost your daily pay.   And to make matters worse, half of these ingredients aren’t available in Buenos Aires.  Fun, Argentina!

So here’s what you can do-  start a garden and grow your own chilis and tomatillos and watch some tutorials on cheese making OR get creative and start substituting.

Now, if you’re serious about gardening have your next mule bring you some seeds on their BA visit.  Chili seeds we’re talking about, not the fun kind.

Chilis grow great in Buenos Aires with the endless sunshine and warm climate.

And it’s not too late in the season!

You’ll need a month tops depending on the strain and you can dry them out and save them for the cold season once the plants start to die.  If dehydrating isn’t your thing, make a puree and throw them in the ice box, they do well in the freezer.

When it comes to queso fresco you can actually make this yourself!  I posted this recipe a while back.  Check it out and start curdling. So like I said I made this back home in New Orleans.  On Dad’s pit.

It was kind of strange, me cooking for my parents.

As in Liza, their ‘chef’ daughter, cooking for her divorced parents of 25+ years for the first time ever.  Probably the third meal we’ve ever had together.  And I was responsible for it!

And Dad’s not super open to unfamiliar dishes.  He was a bit lost in the Mexican grocery store.  You could say he’s stuck in his ways, like fuerte.  So I had him man the grill, his specialty.  We’re all about smoking on the pit at Dad’s.

To get this fiesta started we’re going to want to roast our chilis and tomatillos.

You can do this on the pit, parrilla, oven or in a hot skillet.

You’ll want to char them well and then puree together with some fresh lime, cilantro, salt & sour cream.

The shrimp will cook fast and no marinade is necessary if you’re cooking them on the pit.  Just a bit of salt will do.

Throw on the tortillas when the shrimp go on, neither will take long.Now you have options here!  Options are good.  Options are easy.

So we’ve got our chili sauce which is packing some serious flavor.

I shredded a bunch of crispy romaine lettuce and served it as a massive salad with tortillas and more sauce on the side.

You could build your own shrimp tacos.  Fun and easy.  Maybe add a little avocado.

You could keep it light and eat it as a salad.  Add some black beans or charred corn for sustenance and texture.  Great for a hot & humid summer day.

You could make quesadillas.  On the grill!!  Get all cheesy and gorda

You could roll up those tortillas with shrimp and chili sauce and make enchiladas.

You could fry the tortillas and make fancy nachos!

My personal fave was the enchilada option.  I made them with leftovers the next day.  I added a little monterey jack cheese to the stuffing and threw in some crawfish tales to the chili sauce.  A bit decadent one from New Orleans would say! Whatever you’re feeling just go with it!

Off to plan BA domination so I can be a BA shrimp baller.