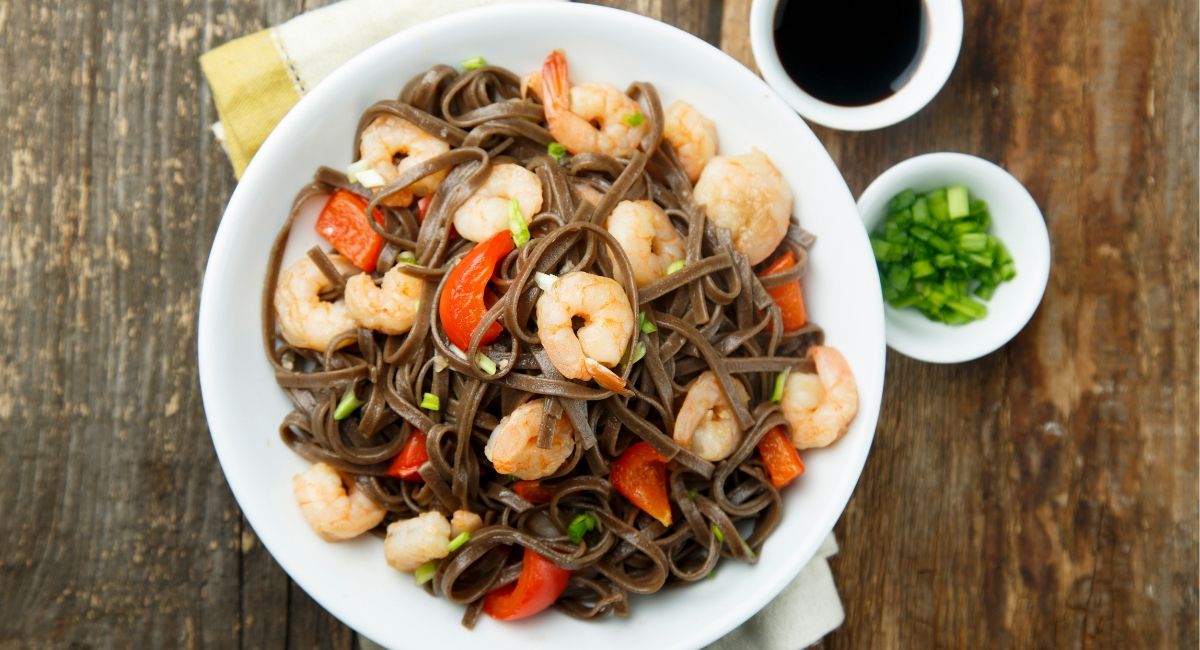 I kind of have a work crush on the owners.   And the spoons.

Owners background-  an Argentino/gringa duo, Matias y Vanessa, who met in the states and just celebrated their 11 year wedding anniversary by renewing their vows in Vegas before making the move from DC to Buenos Aires.  They’re fun, have done tons of traveling and work hard.

We’ll start with the Fukuro facts and then lots of pictures.

Fukuro Noodle Bar is open Tuesday through Saturday, evenings only, no reservations.

Fukuro is all counter & bar seating with the possibility of outdoor dining.  ¡Vamos!

Local artist Cabaio Espiritu is responsible for the 14 meter wall covered in graffiti.  The wall is colorful and symbolic to the owners travels, special people and beliefs.

BROEDERS Artesanal Beers are being sold there!  Now in bottle, soon to be available on tap.

The service is good, music even better and the space is inviting.

The menu is small and simple and everything is made in-house.

I believe Vanessa takes credit for these bad boys, homemade marshmallows and all.

a hearty, healthy & super earthy Go Green vegetarian with a dark broth made of shitake and knobu, house made ramen noodles and topped with seasonal vegetables.

and the Keepin It Real ramen with the option of pork or chicken in a pork and shitake based broth with house made ramen noodles, poached egg and the usual ramen toppings.

Both were good, the Go Green is very flavorful and was voted most popular at our table.  I however prefer the pork version.  Not sure why, but there was something really comforting and salty (in a good way) that I found with the pork.  I do wish it came with more green onion, mostly for the texture it adds.  I don’t know, I’m just keepin’ it real!

Both broths are rich and are the stars of the show, as they should be with ramen.  Word is that they each require 8+ hours of simmering, skimming, and reducing.

The portions are huge and they run about 75 pesos each.

The ambiance is urban which Matias takes responsibility for.  He did it all.

Picture skateboards hanging from the ceiling, long wood countertops and a wild cow sporting leg warmers in the courtyard.

The open kitchen allows you to peak inside and be mesmerized by their massive steamer and kitchen notes scribbled on the subway tiled walls in marker.

Other than ramen & cookies, Fukuro serves dumplings and steamed buns.

I think the dumplings are my favorite menu item.

Not sure if it’s the lack of them in Buenos Aires or the pork filling that’s bursting with flavor.  No importa, they’re great.

If I had to pick a favorite I think I’d go with the pork!!  I know I know, pork the winner, shocker coming from Liza.  But the cilantro and pickled veg make it the winning choice for me.

If you want to raise the heat ask for their homemade hot sauce, she wont disappoint.

Both dumplings and steamed buns set you back about 35 pesos.

Now, word is that the owners are big cocktail lovers and a fernet bar was part of the original plan along with fancy cocktails made with kale juice and other drool worthy ingredients but they decided to simplify for now and stick with beer which is said to be the best beverage served with ramen.

So that’s that.  But I object!

You know how hard it is to get a decent cocktail in Palermo in a cool space that serves steamed buns and dumplings aaaand has a cow in the courtyard?  Impossible.  Word.

Maybe they can keep a bottle of algo behind the bar for their thirsty non-beer drinking patrons?!  Bueno.  We’ll talk.  Hopefully.

So that’s Fukuro.  In a photogenic nut shell.

Make sure to go for a visit and tell them NOLAchef sent you (and that you want fernet + kale juice cocktails).