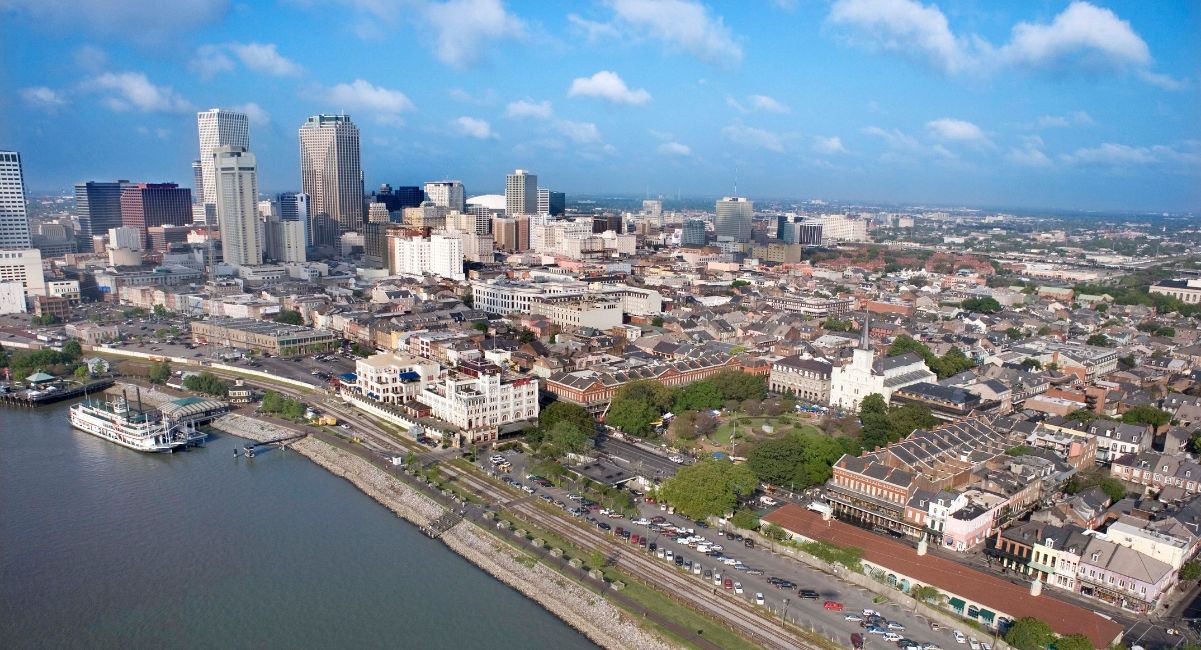 Sister lives in the cool part of New Orleans.  It’s a neighborhood known as the Marigny.  It borders the French Quarter down Esplanade and is hip, artsy, bohemian and full of color.

People are super friendly and everybody seems to know everybody.

This is where I would want my NOLA home.In the afternoon we headed to Sister’s favorite lunch spot, Maurepas on Burgundy in the Bywater.

The owners are from New York and they’re all about local sustainable ingredients and showcasing Louisiana & Gulf Coast inspired dishes.

Shortly after we moved on to the main dishes.

For me, Gulf Fish with watermelon, Haloumi, olives & herbs.

For sister, Pork Meatballs with poached apple and fig in a chili broth.

All were well thought out dishes and the flavors really harmonized.

And just as I thought things were slowing down, the desert menu arrived saying ‘We don’t have a sweet tooth, we have sweet teeth, and it’s reflected in our tasty dessert menu’.